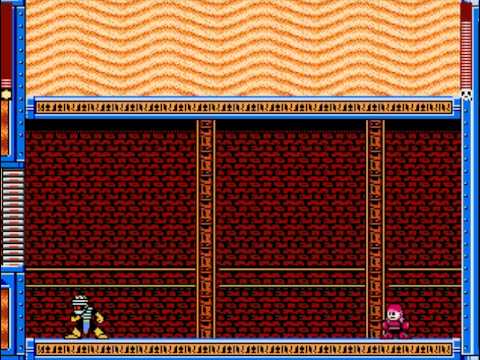 As in, there’s none to be found with this game. This particular fan-game was the one I was alluding to in my previous video, and it’s one that seems to have slipped under the radar for quite some time. From the initial comparison I made on my last video, I put this game somewhere on par with Mega Man Rocks. On hindsight however, this game could actually be considered on the same level as the Mega Man DOS Remake (or even Mega Man Origins, for that matter), at least in terms of overall programming faults. The overall frustration level is a different story however. This game isn’t nearly as annoying to play through as the DOS Remake, and is actually quite easy to breeze through (save for a few specific spots).

Despite this game being easier to sit through however, it’s by no means enjoyable. On the plus side however, there’s quite a bit to talk about with the game’s various faults (with the exception of the stages, as all of them pretty much follow the same bland layout). The biggest ones in these regards come from the bosses and the weapons, one of which has – at least in my opinion – officially dethroned Sakugarne and/or Police Shield as the worst Mega Man-based weapon ever conceived. It’s obviously not shown in this part, but we’ll be getting to it soon.