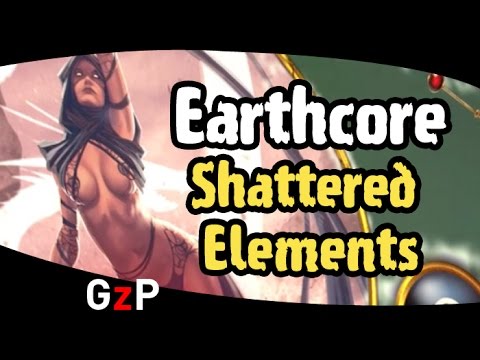 As well as the Elemental battle system, a new risk-based gameplay mechanic further injects tension and strategic possibilities into Earthcore: Shattered Elements by assigning a ‘risk’ value to each card. The more special skills a card possesses, the higher its risk value and the higher the loss caused to the player if they are defeated, meaning that players must now gamble which cards to use on each turn. Earthcore: Shattered Element’s unique combination of Elemental battle system and risk-based gameplay replaces the mechanics of armor, hit points and mana that are familiar to many CCG players, offering them entirely new strategies and ways to play.