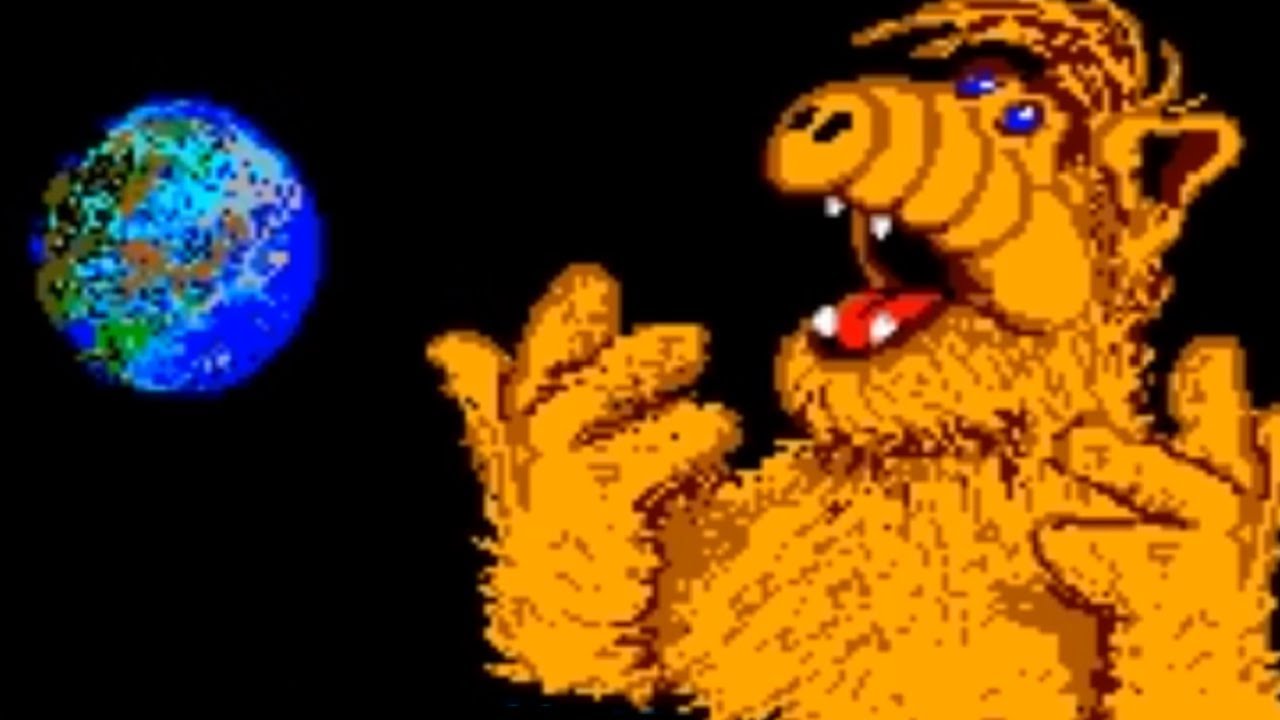 A playthrough of Sega’s 1989 license-based action-adventure platformer for the Sega Master System, ALF.

This US exclusive Master System title was based on the super-popular TV show ALF. ALF was a Sasquatch-looking alien life form (get it? ALF?) that was stranded on Earth and taken in by a human family. He hails from Melmac, likes to eat cats, and is otherwise quite an agreeable fellow with a good command of colloquial 1980s US English.

So, what might such a creature do in his own video game? Well, fix his ship – not so that he can get home – but so he can go visit his girlfriend on Mars, of course!

Okay, okay, so the cheesy 80s sitcom storyline aside, Alf is a basic action-adventure title. There are a few “puzzles” to solve, a few enemies to whack, and that’s about it. It’s not a particularly long game, as you’ve probably noticed from the short video length.

Reviewers, then and now, have been… unkind… to say the least about this effort. I can’t say I disagree with the criticisms, either. The graphics are okay to look at, but the animation is virtually nonexistent. Alf just blinks out of when when you turn him around and reappears as a mirror image a split second later, and what’s up with that weird pedophile looking man with the gloves that roams around making a grabbing motion? It’s pretty creepy how he just stalks the streets… I don’t want to know what he might do with those he’s caught. The music is bouncy and cheery, and entirely too high-pitched (as is the case in many SMS games), but it serves it’s purpose well enough. The controls are super-simple and work as they should. But the game is insanely short, and there little there is to do doesn’t really make much sense. Why is the repair kit for your ship in the moon’s mouth? Why is there a rat/bug thing living in the closet? Why is the pond in the backyard about as deep as the Mariana Trench and filled with harpoon-gun wielding scuba divers? Why is salami the weapon of choice against swarms of bats in the basement?

Oh well. I had fun with it, but I’m not going to insult anyone’s intelligence by suggesting that it’s a good game. It isn’t. But it does have its moments that might make you laugh – I think of it similar to how I think of Where’s Waldo? on the NES. I loved it as a kid, but I never thought it was particularly good. But for the short time it lasted, I always enjoyed playing it. Same thing here.

At the 10:36 I included a funny little bonus scene from the game. If you go to the shop and buy the Alf book, Alf will read you a story about how the game came to be. As soon as the story ends, you’re informed that your game is over and returned to the title screen. I always found it pretty funny.

*Note: I did have a video of this game previously uploaded on YouTube, but it was quite old and only 240p. It also didn’t include the bonus scene, so I thought I’d make a new video of this almost-broken yet weirdly-appealing novelty. Hope you all enjoy it!
_
No cheats were used during the recording of this video.

NintendoComplete ( punches you in the face with in-depth reviews, screenshot archives, and music from classic 8-bit NES games!

Visit for the latest updates!